This is the seventh volume of Jaku-chara Tomozaki-kun light novel.

With the school culture festival looming, Tomozaki finds himself busier than ever, his attention split between helping Kikuchi with her script, developing a comedy show with Mimimi, and tackling an assignment from Hinami. As practice for the play begins, Kikuchi and Tomozaki decide to interview Hinami about her past in order to strengthen her connection with her role. But just what feelings will she have to face before the curtain rises…? 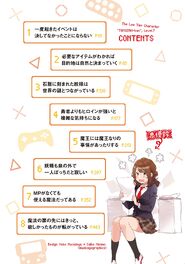